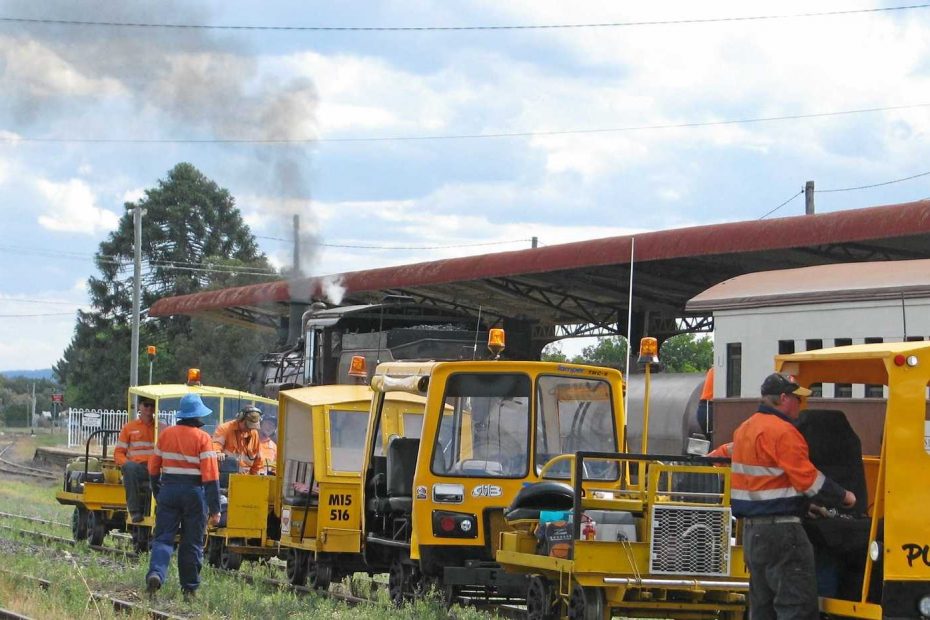 PLANS for an Australian Society of Section Car Operators (ASSCO) trip from Toowoomba to Wallangarra – with an overnight stay at Stanthorpe – are full steam ahead.

ASSCO committee member Brad Boustead said the 300km tour of the region, with 10 section cars carrying 15 to 20 people, would arrive in Stanthorpe on Friday, March 23 and leave for Wallangarra at 8am the next morning.

The heritage group, which enjoys meeting for “runs” along certain sections of Queensland Rail (QR) routes, is not based in any one location but instead organises trips and holds meetings online, Mr Boustead said.

He said the section cars, or self-propelled maintenance vehicles, were once used by railway fettlers to look after a section of railway track and were now an ideal vehicle for travelling the countryside and appreciating Queensland’s heritage.

“It’s interesting country and when you’re sitting on a train you can only look out one window, but with these things you get a 360-degree view.

Mr Boustead, who is accredited to drive the cars, said the tours facilitated an appreciation of an area’s history, including around Stanthorpe.

“You can marvel at the fact that the tunnels were built in 1888 and also, along this track, there’s a big water tank for the steam engines. Further round is a big concrete dam that was built to supply the water to the water tank and it is dated 1888.

“And those things were all built pick and shovel in the middle of nowhere.”

ASSCO is a registered rail operator which plans the trip in conjunction with QR.